FOR FANTASY AND BETTING 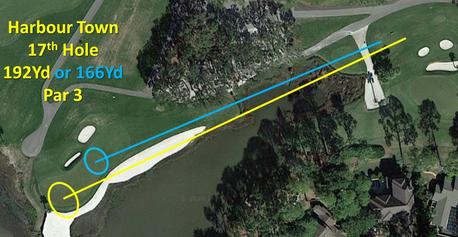 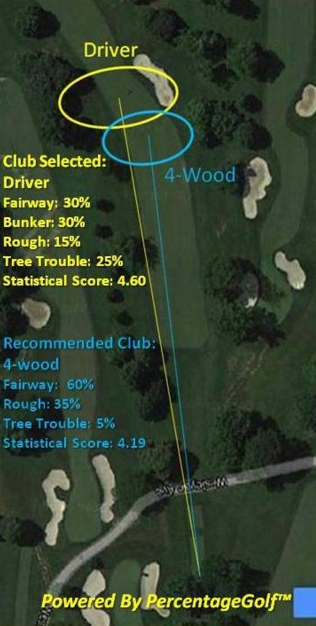 POST-TOURNAMENT: With all the Top 7 Finishers getting pars on the 18th Hole, the 17th proved to separate the Top 2 from the pack.

After the rain delay, the greens were soft and the winds were light, allowing the players to go after basically every flag.  Playing 183Yds on Sunday with the pin tight on the right, everyone was going right at it.  Webb Simpson and Abraham Ancer were able to keep their shots right on line, sunk their birdie putts, and finished 1st and 2nd respectively!

Analysis of the 2020 RBC Heritage: 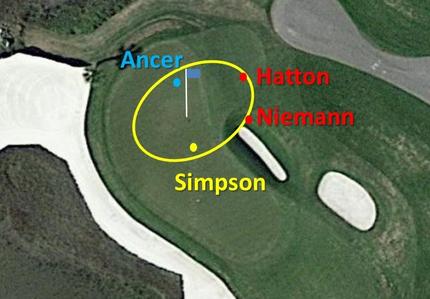 As a future enhancement, PecentageGolf Simulations will provide Fantasy and Gaming Sites and their customers access to the most sophisticated golf prediction model ever developed.

We've all heard the term "Horses for Courses", and our model will help prove why.

Check out our Demos on our "For GPS Apps" Page to find out how our Patented Methodology and Simulations would use each Professional Golfer's capability data to predict the outcome of each shot, their score on each hole, each round, and the winner of every tournament!

PRE-TOURNAMENT: The PGA Tour is at Harbour Town this week, and we think the 17th Hole could be the deciding factor.  The 17th is a tricky Par 3, and it can play at two significantly different yardages depending on the tee and pin locations.  The shorter setup may allow a chaser to grab a birdie on this hole, but the longer setup will bring bogey into play much more often due to the larger potential variation with the longer shot.

Each player's strategy/aggressiveness will depend on both the setup and where he stands in the tournament, and it will be interesting to see how the percntages play out!

Attention Golf Bettors and Fantasy Players!  You Can BEAT THE ODDS!

Visit our Facebook Page weekly to find out which players have a Statistical Advantage based on calculations from our Highly-Successful, Proprietary Mathematical Prediction Model!

A primary input for our model is our Patented PercentageGolf Factor (PGF), which is a statistical calculation of a player's lateral shot variability. No Opinions, Just Data and Math!

Check out the first 40 seconds of the following footage from this situation.

(Not posted by Percentageplay Golf):